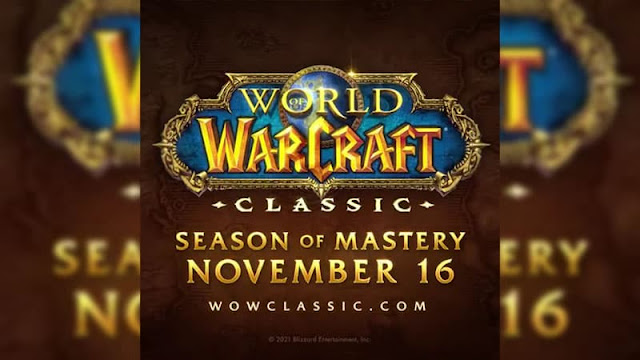 American game developer Blizzard Entertainment has announced that World of Warcraft Classic’s upcoming Season of Mastery is set to release on November 16, 2021.
When the Season of Mastery rolls out, players will be able to start fresh with a new character, starting from level one.
Like WoW Classic’s launch in 2019, players will be able to log in to the servers to create characters starting November 11 prior to the November 16-launch. This allows players to reserve the name of their character.
During the release, the Season of Mastery realms will resemble World of Warcraft Classic realms, but update phases will be accelerated, meaning players can expect to see their favorite dungeons, raids, and features sooner. Additionally, players will be able to re-experience a large portion of this content with more difficult tuning and other quality-of-life changes.

Heroes of Newerth closes after 12 years of service