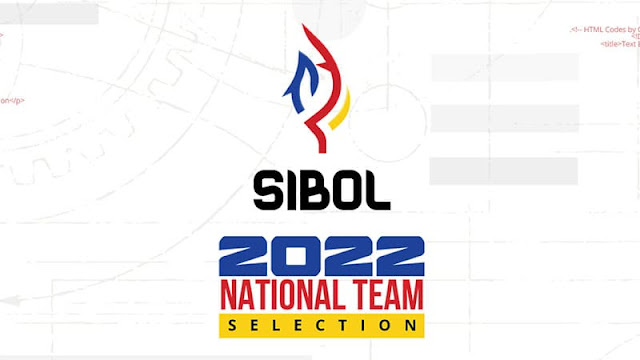 Sibol has issued an official statement on Nexplay’s H2wo’s hospitalization incident that took place before the Nexplay Evos-Blacklist International upper bracket clash on January 28 and their decision to give Blacklist the Game 1 default victory. 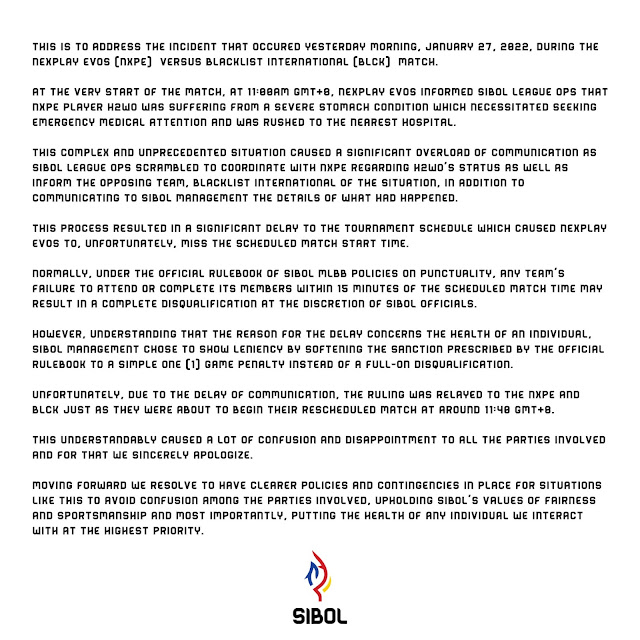 According to the statement, Nexplay Evos notified Sibol’s league operations at precisely 11:00 AM that their player John Paul “H2wo” Salonga was “suffering from a severe stomach condition.” H2wo was rushed to the hospital with severe stomach pains and vomiting.
The situation caused an “overload of communication” as Sibol’s league operations “scrambled to coordinate” with Nexplay and Blacklist and communicate the “details of what had happened” to the Sibol management.
Due to the nature of the incident, there was a “significant delay,” which caused Nexplay Evos to “miss the scheduled match start time.”
Based on the Official Rulebook of Sibol MLBB policies on Punctuality, failure to report to or complete its members within 15 minutes of the scheduled match time may result in a team being completely disqualified at the discretion of Sibol officials.
But due to Nexplay’s star jungler health concerns, Sibol decided to “show leniency” by handling the squad a one-game penalty instead of disqualification.
Sibol, however, revealed that there was a “delay of communication” as their decision was only “relayed” when the teams were about to start their rescheduled match at around 11:40 GMT+8, causing “a lot of confusion and disappointment” to both teams. For this, they “sincerely apologize” to all the parties involved.
The national esports team promised to handle similar situations much better in the future.
Nexplay Evos was able to compete by substituting Rainiel “URESHIII” Logronio for H2wo in the jungler position. Despite H2wo’s return in Game Three, the team eventually lost via sweep.
Through a vlog, one of Nexplay’s coaches, Setsuna “Akosi Dogie” Ignacio, slammed the organization for prioritizing the livestream instead of his player’s health.
“Sana naman, i-consider na nila ‘yung health nu’ng tao, (Hopefully, they will consider the person’s health)” said Dogie.