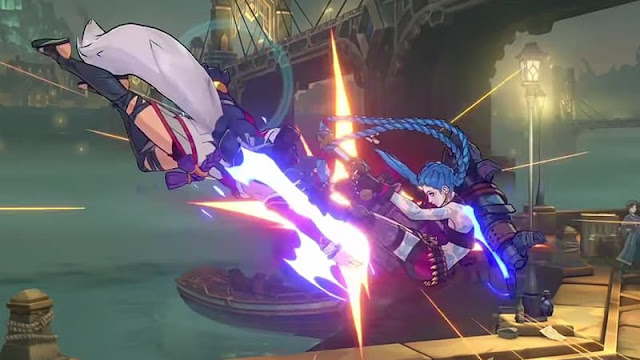 Riot Games has released the first gameplay video of its unnamed upcoming tag-team fighter game, “Project L,” based on the League of Legends universe. The gameplay reveal was hosted by project leads Tom and Tony Cannon.
“Our initial reveal back in 2019 showed a potential direction that we could take the game,” said Tom Cannon in a blog post.
“But Project L is in R&D: the phase of game development where we’re exploring options and finding the fun.” added Cannon.
In the 6-minute video teaser released on November 21, the developers share information about the core gameplay, character design, netcode, and plans for the 2D fighter game.
According to Tom, Project L is an “assist-based fighter,” with players managing teams of two characters and swapping between them during fights. He also added that they want to build a game that rewards “strategic team-building and on-the-fly decision making” in addition to fighting fundamentals.
Additionally, the video showed a glimpse at the controls. Ekko’s abilities were demoed, such as Chrono Strike, Rewind, and Timewinder. According to Cannon, the goal is to create an “easy-to-learn but hard-to-master” fighting game.
Meanwhile, Tony discussed the game’s netcode. They’ll be adding in existing technology from Riot Games like RiotDirect, the company’s internal network service, to directly connect players and minimize latency.
Further, Tom Cannon noted that Project L will not be released in 2021 or 2022.
Riot Games reintroduced Project L during the RiotX Arcane event’s Undercity Nights, a two-day broadcast with live competition, and more.
Besides a game, Riot’s recent League of Legends spin-off is an animated series entitled Arcane, which is confirmed to have a second season.