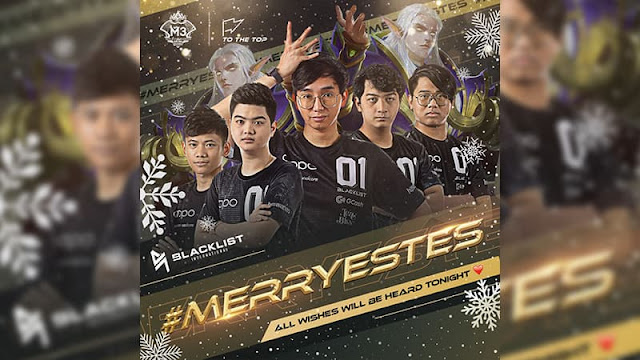 Moonton has officially confirmed that Estes is the chosen hero for M3 skin after deciding to follow M3 champions Blacklist International’s choice.
“All your wishes have been heard,” said MPL Philippines in a Facebook post. “Merry Estes Everyone!”
“To our beloved gamers, Estes is the chosen champion M3 skin.” the post read. “We have heard your voices, and we will proceed with Blacklist International’s choice.”
They ended the post with season’s greetings, saying, “Merry Christmas, and may all your wishes come true!”
#MerryEstes and #WeChooseEstes trended in the Philippines immediately following the announcement, as Mobile Legends fans celebrated the decision.
Blacklist International earned the right to choose their own skin after defeating fellow Filipino squad Onic PH in the MLBB M3 World Championship.
Blacklist International’s primary choice for M3 skin is Estes. But in a live stream on December 22, team captain OhMyV33nus expressed that their request to give Estes the skin was allegedly denied, with the developers citing the hero’s “marketability.”
Moonton previously stated that the champion skin had not been determined yet and that discussions were still ongoing.
Image via MPL Philippines