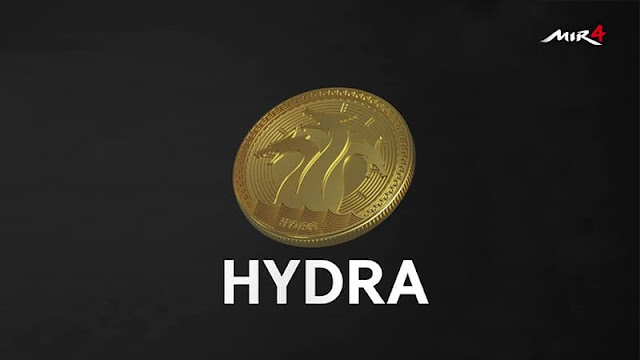 What is MIR4 HYDRA Token?

HYDRA or HYD is the abbreviation of High Yield of DRACO. It is a refined version of the DRACO coin that can be produced by combining DRACOs and Septaria, both of which are obtained from the Sanctuary of HYDRA in the game.
HYDRA Token is designed to prevent bots and abusers from acquiring necessary materials without affecting regular player experiences, establishing HYDRA as a rare and economically-genuine utility coin.
The implementation of the Trinity algorithm and the expansion of DRACO applications are also expected to serve as a means of reestablishing equilibrium while steadily increasing demand for DRACO, thereby further developing the economy of the game and DRACO.
HYDRA is part of the MIR4’s Seoul Spooning 2022 event, an enactment to evolve the functionality of DRACO into the GameFi space, which will launch on January 25, 2022.

How to smelt HYDRA Token?

In smelting 1 Hydra token, you will need the following resources:
* For every 100,000 HYDRA refined, the required number of Metamorphic Septarium (Septaria) will increase by one (1).
In the initial plans of MIR4, Hydra can be converted back into Dracos. However, it has been modified following the recent Draco economic trends and conditions. Therefore, Hydra can’t be converted back into Dracos.

Tied Coin – Between DRACO coin and HYDRA coin exists an intricate value correspondence in which the value of one influences the value of the other.
Synthetic Coin – HYDRA is a refined utility coin that is based on DRACO. HYDRA implements the AFB (Away From Bots) policy by requiring a secondary material obtained via the Conquest system known as Septaria. By doing so, MIR4 will give players increased control over the in-game and DRACO economies.
Diplomatic Coin – HYDRA is a coin that represents MIR4 and will be used primarily to interact with other games and coins (tokens) on the WEMIX platform. HYDRA will play a critical role in the development of the WEMIX ecosystem by interacting with future trade mediums such as Swaps, Exchanges, and Bridges.
Governance Token – As the MIR4 ecosystem evolves, it is anticipated that a governance program centered on the DRACO economy will be implemented. Once the initiative is launched, HYDRA will become a governance token.
DeFi Token – The core value of HYDRA is directly related to its compatibility with DeFi protocols such as HSP and HSP101. Additionally, HYDRA will be designated as the official token for use in the upcoming AXD (Auction By DRACO).
Tradable Coin – HYDRA is a cryptocurrency that can be traded on the WEMIX DEX (Decentralized Exchange).
Draco as a utility coin and Hydra as a GameFi token will offer MIR4 players the full exposure of Play and Earn experience.