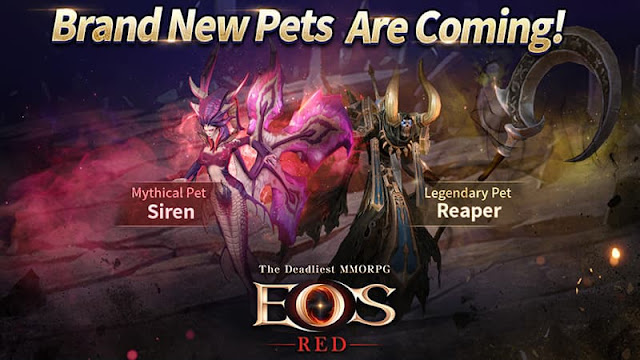 MMORPG EOS RED will release new pets, a new Pet Fusion system, a new map with some new monster collection, and some events for Year of The Tiger on its first update in 2022. 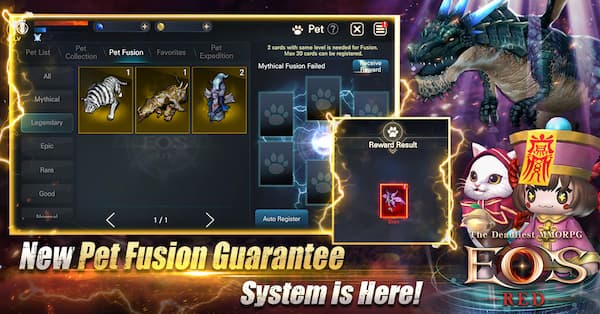 If a player fails to fusion a rare pet grade or higher, it will be recorded and accumulated. The player can redeem a random pet for a specific grade when the limit is reached.
To celebrate the launch of this system, the developers specially set the calculation period of the number of failures from the server launch to the maintenance period until January 12, 2022, but excludes the failure record for pet synthesis with dimensional souls.

The most recent update includes the Silent Cave B3F map, only accessible via Silent Cave B2F. Not only does this floor share usage time with Silent Cave B1F and B2F, but it is also inaccessible via Quick Portal.
On this floor, players can acquire Epic Equipment and Legendary Material such as the “Ancient God Soul,” the “Solidarity Soul,” the “Legendary Soul Shard,” and the “Gold Skill Book,” which are all controlled by the Spirit Counselor, the area’s new boss.

These are the new pets included in the latest update of EOS RED:

New events for the Year of The Tiger

EOS RED organized a series of events to commemorate the Year of the Tiger. Each monster now has a chance of dropping “Tiger Hide,” which can be crafted into “Tiger Wrap Cloth.”
From opening the “Tiger Wrap Cloth,” players will have a chance to obtain “Legendary Soul Shard,” “Solidarity Soul,” “Rune Sunstone,” and many more rare items.
Additionally, players can purchase “Tiger Fang” to craft a limited-time pet, as well as a Red Package Box containing “Mullen Recovery Scroll,” “Rose Red Recovery Scroll,” and “Dimension Soul.”
Don’t forget to log in, as the developers include a seven-day Spring Commemorative Sign-in event and numerous others.
The free-to-play mobile MMORPG “EOS RED” is available on Google Play and Apple App Store.
To recap, EOS RED launched in Southeast Asia in June 2021. Subsequently, it released some gameplay improvements and updates, such as Hunt Schedule, Massive Scale Battle, and Soul Engrave systems. On December 7, 2021, it celebrated 200 days since the SEA launch.
To know more updates about the game, you can follow the official EOS RED SEA Philippines Facebook page.