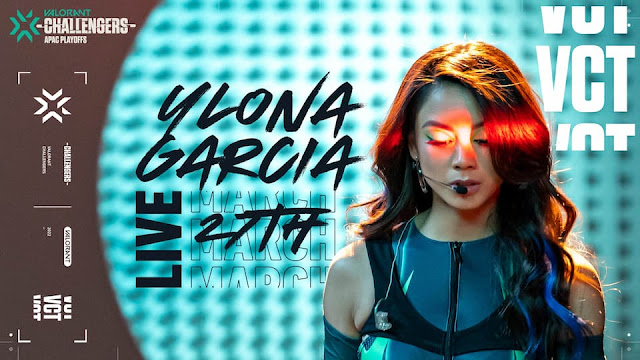 Riot Games has announced that Filipino-Australian singer Ylona Garcia will be giving an exclusive performance on the grand finals of Valorant Champions Tour (VCT) APAC Challengers Stage 1 Playoffs, which will be held on March 7, 2022.
Ylona Garcia is the singer and songwriter behind “Entertain Me,” the theme song for Neon, the hero shooter game’s first Southeast Asian Agent hailing from the Philippines.
Garcia is honored to have “Entertain Me” be the anthem for the Filipino Valorant agent.
“It’s an incredible honor to have ‘Entertain Me’ be the anthem for Neon.” said Garcia in a Q&A session.
Garcia also said that it is of great importance for her “to be able to highlight the Filipino culture” with the introduction of Neon.
She also shared that the fans’ love for the song makes her even more excited to perform it at VCT.
“I’m truly grateful to how they’ve embraced not only the song, but me as an artist as well,” added Garcia.
Moreover, Neon is voiced by Filipino voice actress Vanille Velasquez. The release of Neon marked a cultural turning point for Valorant throughout the world, most notably in Southeast Asia, where the Duelist agent with electrical powers was warmly received, particularly in the Philippines.
The top 8 teams, including PH’s South Built Esports, of VCT APAC Challengers Stage 1 Challengers are preparing for the Finals Knockouts following weeks of grueling competition. Teams will compete for a USD 150,000 prize pool and the opportunity to represent APAC at VCT’s inaugural global event of the year, Masters 1 Iceland, in April 2022.
You can watch the matches and Ylona Garcia’s VCT Finals performance on the official Valorant Esports Philippines Facebook page.